Our first BJAMS ski program day of the season at Stowe was scheduled for two Sundays ago, but we canceled it due to dangerously cold temperatures and wind chills.  That wasn’t an issue today though – with base elevation temperatures in the 30s F, it was quite comfortable out there.  On piste coverage and conditions were actually quite decent, whether it was the softened snow on the lower slopes of Spruce Peak, or the midwinter snow higher up on Mansfield.  Although natural base depths are fine, and there are definitely people skiing off piste, the snow is sort of thick and punchy out there, so the groomed runs are just a much friendlier place to be.

“Although natural base depths are fine, and there are definitely people skiing off piste, the snow is sort of thick and punchy out there, so the groomed runs are just a much friendlier place to be.” 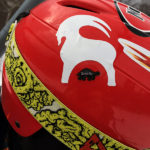 We arrived at Spruce Peak early enough that I was able to take a couple of runs with Ty and Dylan off the Sunny Spruce Quad.  We found nicely softened snow with those temperatures in the 30s F, and it was really only those usual high-traffic areas out of the sun that we found to be slick.  We had a mixed group of snowboarders (Cole and Robbie) and skiers (Dylan and Wiley, with Norris also tagging along) today, but since we were on piste for the most part there weren’t any traversing issues for the snowboarders.  We did a couple of runs off Sunny Spruce, carving up the soft snow, and then headed over to Mansfield for some longer runs.  Being fairly old snow, and a Sunday afternoon, the best turns were definitely the sides of the trails where ample traffic had built up substantial loose, soft snow.  We did a few runs on Gondolier and Nosedive, and you could just go and go and go and rarely have to leave those edges with good snow if you didn’t want to.  I think one would have to grade the overall conditions as subpar because of the quality of the off piste snow, but on piste conditions are fairly typical for when we haven’t seen a substantial snowstorm in a while.  We had a nice break at the Octagon toward the end of the afternoon before heading back to Spruce Peak to catch up with everyone else. 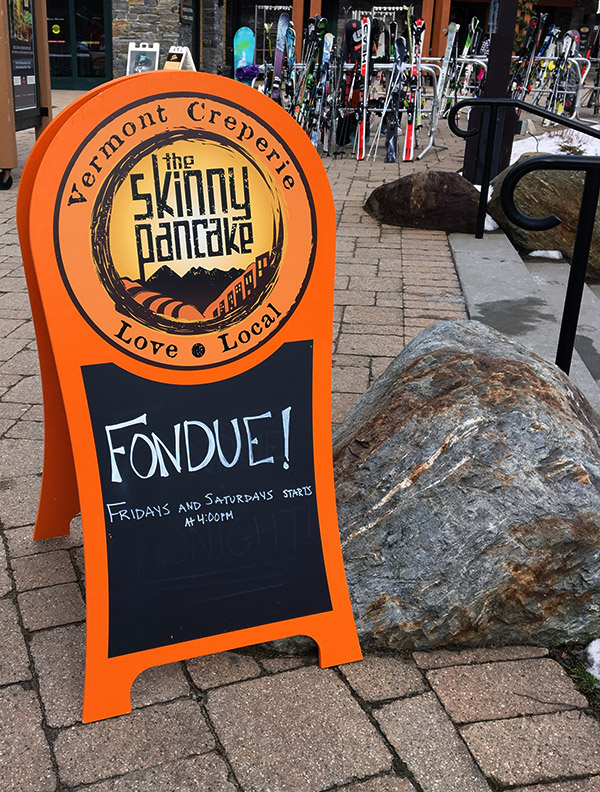 For Ty’s first day as a chaperone/coach in the program today, he was helping E with some first-timers over on the lower parts of the Meadows area.  When I stopped in to check on them at the end of the day, he was just heading up the Inspiration Chair with a boy who had graduated from the Magic Carpet.  It was actually a great day to be out there with the first-timers, because he wasn’t really missing out on anything special on the steep or off piste terrain.  I think it will be a couple of weeks before we get back into some really good storms, so hopefully he’ll be able to put in some more time at our next session helping out the beginners again.