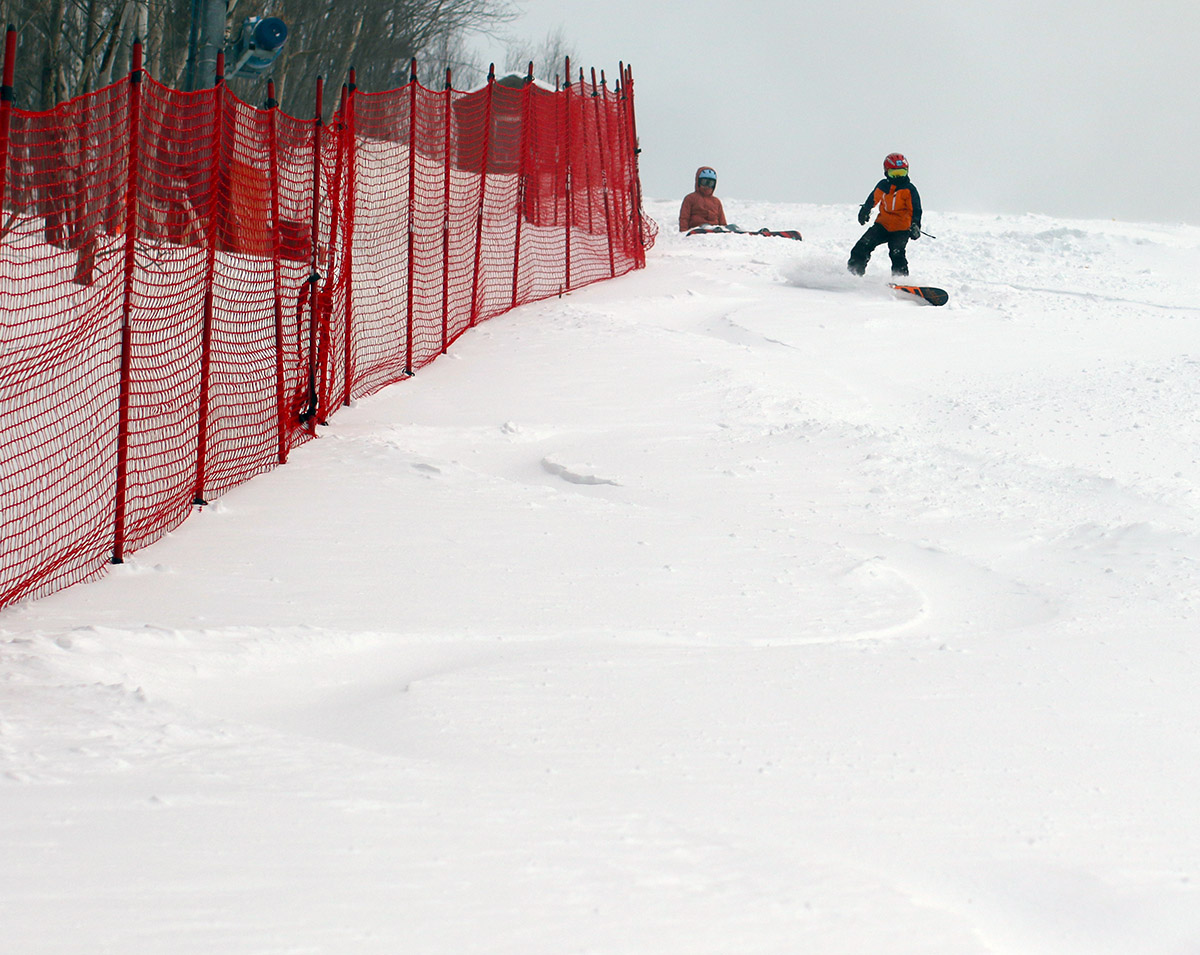 Today was our first BJAMS ski program day of the season at Stowe, and I was assigned a snowboarding group consisting of Dylan and Molly.  Molly has been riding for a couple of seasons, and Dylan has been snowboarding before, but it looks like the plan is to have him work on it more this year.  He’s used Erica’s snowboard in the past, but this fall at the Waitsfield ski swap we got him his own brand new board, a Rome Mini Agent Rocker.  It’s a bit smaller and lighter than E’s board, it’s got a softer flex, and it has some rocker as well, so we expected it to be a much better fit for him.  He could already feel the differences when we were installing the bindings yesterday and he put on the board – he could flex it easily and said it felt great.

He confirmed those impressions today after his first run on Spruce Peak.  I was still getting on my gear in the lodge, but he took an early run with Ty in the Meadows area and said he loved the feel of the board.  He also indicated that the overall riding was fantastic with all the new powder out there, and that can’t help but make any appropriate board feel sweet.

“Indeed we had a small weather system in the area that started dropping snow overnight, and there was easily 4 to 6 inches of fresh powder out there for today’s session.”

Indeed we had a small weather system in the area that started dropping snow overnight, and there was easily 4 to 6 inches of fresh powder out there for today’s session.  There have been some rounds of fluffy snow with this system, but overall I’d say the snow settled in to produce some medium-weight powder, and it did a great job of resurfacing the slopes from what we experienced in the Meadows area.  We stuck to the Meadows Quad all afternoon because there really wasn’t a need to go anywhere else.  There’s a top-to-bottom continuous fall line with no significant flat areas to deal with on the boards, there’s a gradient of pitches to use across the big open face, and we were essentially getting free refills on powder each run.

“The riding was simply glorious, and you could see how much fun Molly and Dylan were having as they surfed the powder.”

The riding was simply glorious, and you could see how much fun Molly and Dylan were having as they surfed the powder.  Most of Dylan’s previous snowboard experience was in rather marginal/firmer conditions, so he really hadn’t experienced a day like this.  Today he was on a new board with appropriate size and flex, and he was floating on powder.  So as you can imagine, the snowboarding experiences of the past compared to today were like night and day for him.  He was blow away by how much fun it was, and said he would love to snowboard a lot more if the experience was like today.  I let both the kids know that this was the kind of riding that snowboards were initially designed for, so these are indeed great days to pull out the board. 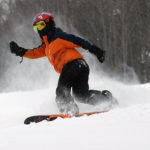 Molly and Dylan are very competent making turns in both directions on their boards, and they can handle slopes up to black diamond pitch – especially with quality snow like we had today.  You could see the confidence in their turns knowing that they wouldn’t have to deal with the hard subsurface.  They’re at the stage where they’re just trying to smooth out their transitions and remove any jerky movements, so I discussed that with them and simply let them ride.  Smoothing out those transitions will come with time on snow, and there’s no better time to enjoy that than with some good powder.

As noted, the snow conditions really were fantastic at the mountain, so the only weather-related issue we really had to combat today was the wind.  It was strong, and blowing right at us as we rode the Meadows Quad.  Dylan and I had brought our new Anon MFI balaclavas today to use with our M2 goggles, and I simply can’t overemphasize how great they were during each lift ride.  Having that magnetic seal between the balaclava and the bottom of the goggles seemed like the greatest thing since sliced bread as the wind washed over us.  If you hate having to fiddle with your facemask or neck gaiter on every lift ride as you try to seal up those crevices where the biting wind gets in, definitely check out one the MFI-type magnetic systems.

We’ve got what looks like a snowy week coming for the mountains, so barring some drastic changes to the forecast, we should be looking at some great skiing and riding in the coming days.