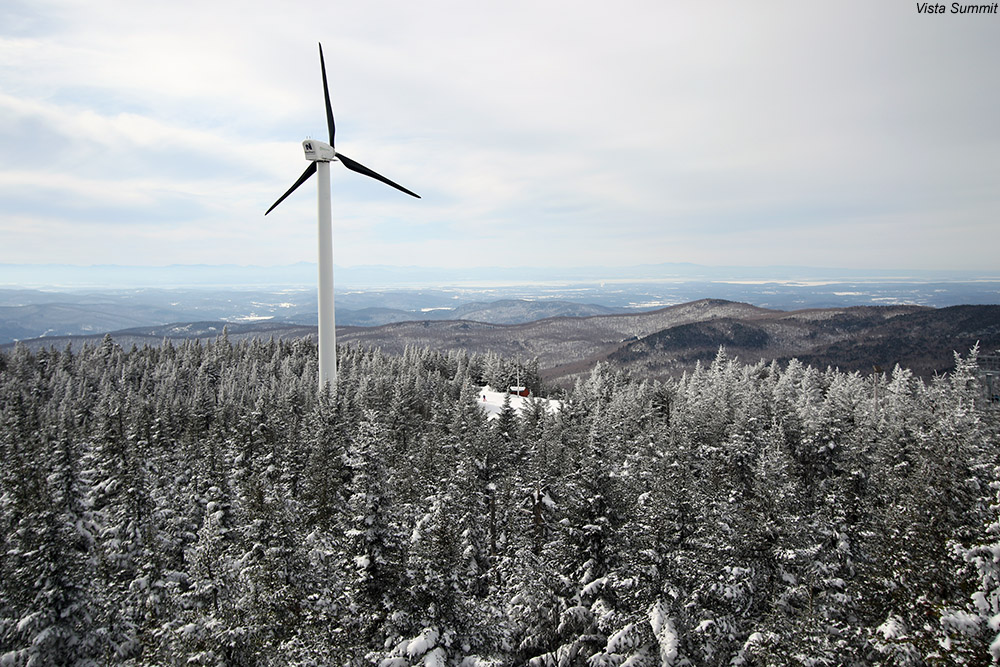 The snowpack is currently in great shape here in Green Mountains of Northern Vermont, with the Mt. Mansfield Stake up near 4,000’ recently hitting 100 inches.  Solid depths are evident at all elevations though, even down to the lowest mountain valleys.  At our house, which sits at an elevation of roughly 500’ near the bottom of the Winooski Valley, the snowpack has been in the 2½ to 3-foot range since the end of January.  Snow conditions are also great right now, with Bolton Valley Resort reporting 25 inches of snow in the past few days.

When snow conditions are good, and the snowpack is like this from top to bottom, it’s a great time to consider some of those longer backcountry descents that really make use of all the vertical around here.  The trip that came to mind today was the Woodward Mountain Trail.  E was feeling a bit under the weather, but I figured I could take the boys on the tour, and E said she could still help out with the car shuttling.  We didn’t have a full day to spend, so I wasn’t going to initiate the tour unless we could get it done fairly expeditiously.  I’d scoped out the bottom of the trail and found the most efficient exit on a tour last March, but my touring in the Goose Pond area had only gotten me mildly familiar with the start of the trail up on the ridge line.  I decided to check my copy of David Goodman’s classing backcountry guidebook “Backcountry Skiing Adventures:  Vermont and New York” to get a better feel for the ridgeline part of the trail.  After the initial descent from the Vista Peak Fire Tower the guidebook mentions that the trail “climbs gently, but steadily up a ridge”.  That was enough to convince me that I needed to do a bit more reconnaissance before bringing the boys, so I set my sights for today on an exploratory tour along the ridge line.

“The snow there was spectacular bottomless powder with no tracks.”

Arriving at Bolton Valley, my tour kicked off with a ride on the Vista Quad, which whisked me right up to the Vista Summit.  I stopped in to check on the views from the Vista Peak Fire Tower, and then continued on the Woodward Mountain Trail.  The first few minutes were on terrain that I’d been on before – the descent from Vista Peak down to the col that separates it from Woodward Mountain.  As advertised, the trail rose gradually after that point.  I opted to go without skins for a few minutes, but eventually decided that putting on my skins would be the way to go.  I’d say that was the right choice, because there was at least another 10 minutes of climbing before the trail began to level off.  I followed the trail out to the point where it began to descend through some of the route’s open glades, then turned around and headed back up to the Woodward Mountain summit area.