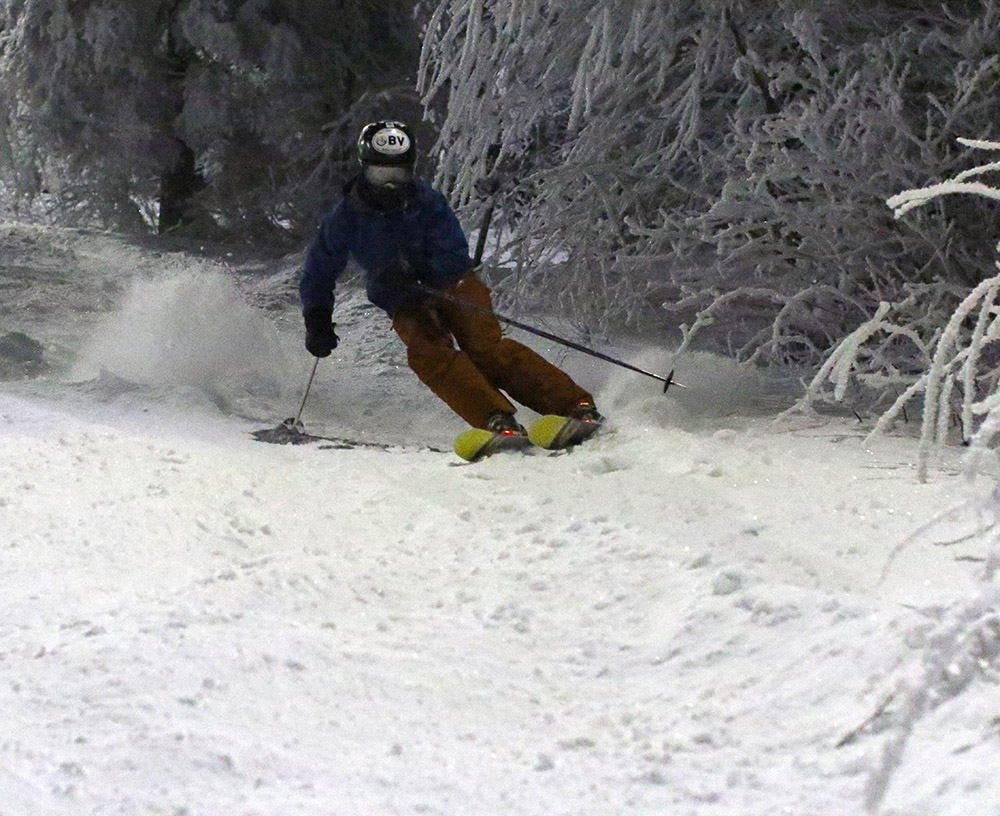 For James, Jack, and Lizi, this was the last week of their Bolton Valley ski program, so E managed to get us all coordinated for a trip up for some night skiing with them this evening.  This was good timing with respect to conditions – the local resorts picked up roughly a foot of dense snow from the system earlier this week.  It was my first time up to the mountain since the four days of protracted snowfall we had, and up around 2,000’ as you approached the Village, you could really see the impacts of the new snow.  All the snow banks were substantially larger, the trees were coated with an impressive layer of white on every branch, and any area that was lit with lights revealed a dramatic scene of white trees against the backdrop of night.

“We ventured off piste a bit along the edges of the trails and there was roughly a foot of powder.”

Since it was night skiing we were mostly on piste, and conditions were quite good.  The dense snow gave the slopes a solid resurfacing and really buried any underlying firm layers.  We ventured off piste a bit along the edges of the trails and there was roughly a foot of powder.  A few exposed spots seemed to have picked up a bit of a thin crust a few inches down into the snowpack, but it wasn’t present in areas that were protected by aspect or trees.

After James and the kids had to catch their bus, we did a final run and stopped in at Fireside Flatbread for some slices.  Night ski racing had been taking place, so the après ski scene was quite popular and they seemed to be doing some nice business!