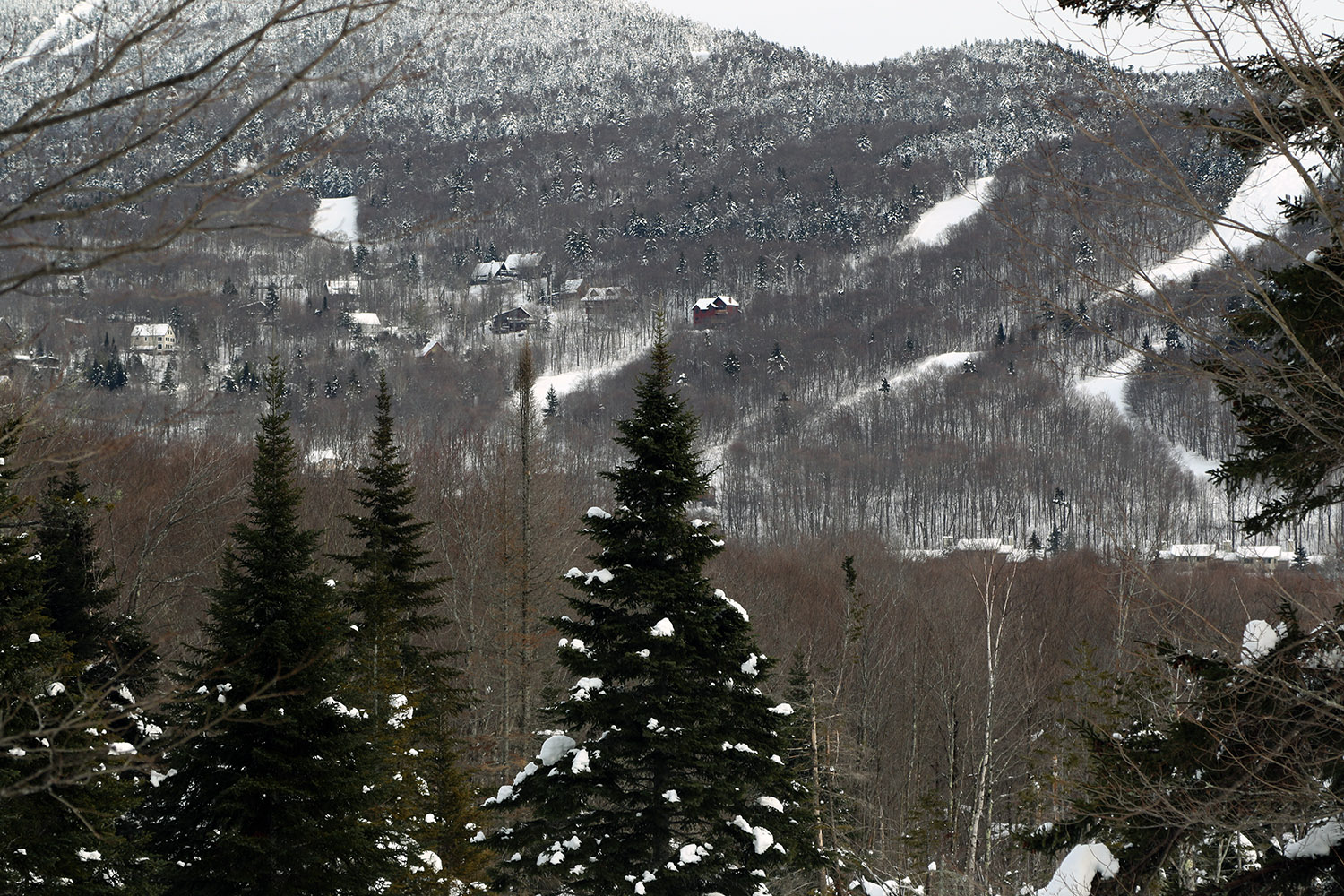 Today was expected to be fairly chilly, with temperatures topping out in the teens F, and without any fresh snow in a couple of days, backcountry touring seemed to be the call.

I was looking for something new to explore, so I planned a tour in the southwest corner of Bolton’s Nordic & Backcountry Network.  I’ve only just scratched the surface of this part of the network in previous visits, so I was eager to see what options there were for descents with good tree skiing.  My anticipated route was to start from the Catamount Trail parking lot on the Bolton Valley Access Road at ~1,200’, head up through the expansive beaver pond meadows in the Mt. Mansfield State Forest, and top out around the Buchanan Shelter at 2,150’ below the Long Trail.

On my ascent I was on the lookout for potential descent options, exploring trails on the network such as Moose-ski.  The terrain was nice, but generally rolling, so while there were some nice short descents, it would be challenging to incorporate these into an efficient tour once my climbing skins were removed.  The views from that area across the beaver ponds did provide some great views back toward the alpine trails and the Village area.

The best powder skiing terrain on the tour was definitely on the slopes below the Buchanan Shelter, with some nice areas of open forest.  The only sign of skiing in that area was an old ski track from someone that must have been there at least a couple of storms ago.  I suspect traffic is generally light in this area because it requires an approach that’s close to two miles, vs. much quicker access in many other spots on the network.  There’s a vast area of terrain for good descents off the ridge where Buchanan Shelter is located, enclosed by the Long Trail, Goat Path, Lower Maple Loop, Deer Run, and Beaver Pond.

Even without new snow in a couple of days, the snow preservation has been so good, that the quality of the powder is simply spectacular.  The snowpack I found was generally in the two- to three-foot range, but there’s such good density in the bottom layers that anything of concern is well covered.

I was unsure how smooth the traverse out was going to be via the direct route back to the Catamount Trail, since I’d come in by an alternate route using Grand View and Moose-Ski.  Indeed, the direct route out on Beaver Pond is quite quick – it’s essentially a gravity traverse with a few spots that require glide and kick or double polling, but there are even spots below Caribou’s Corner where it’s steep enough that you can get additional turns in the powder outside the skin track.