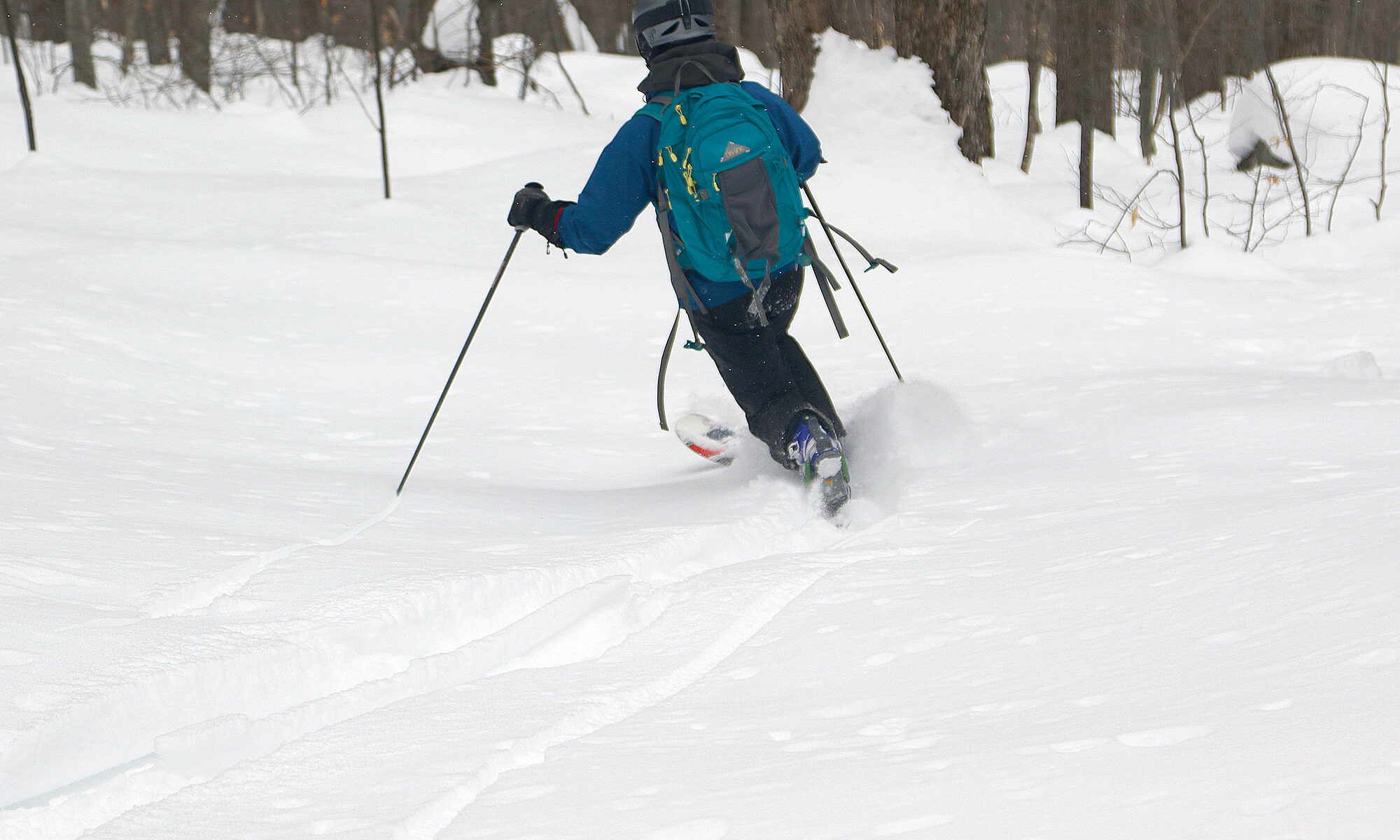 Yesterday I toured in the Beaver Pond area of the Bolton Valley Nordic & Backcountry Network, and the powder I found was so exquisitely good, that I had to get E out there for some turns as well.  The boys were both working during the middle of the day today, so we headed up during that window to do some additional exploring based what I’d discovered yesterday.

“…the powder I found was so exquisitely good, that I had to get E out there for some turns as well.”

Thanks to my explorations on trails like Moose-Ski and Grand View, I knew the most efficient and direct approach route to the Buchanan Shelter was to simply take the Catamount Trail to Beaver Pond.  I’d taken this as my final route out on yesterday’s tour, and it really worked well as a rather direct and efficient gravity traverse back to the car.  Indeed, it was quite the efficient route for the approach today, and it’s such a gradual incline that before you know it, you’ve gained several hundred feet of elevation.

During yesterday’s tour, I was pressed for time, so on my descent from the Buchanan Shelter, I had to stick near Upper Beaver Pond.  Today we had plenty of time, so we were able to explore more to the east to find the best lines.  There’s plenty of open forest for turns, and we were able to pick some fantastic lines that brought us right back down on Deer Run near the junction with Beaver Pond.  We also had plenty of time to enjoy additional turns in some of the low-angle powder on the return to the car.

The powder was just as excellent today as it was yesterday, so it was a great ski outing.  And, the fact that it just ended up being the two of us was sort of neat in the context of Valentine’s Day.