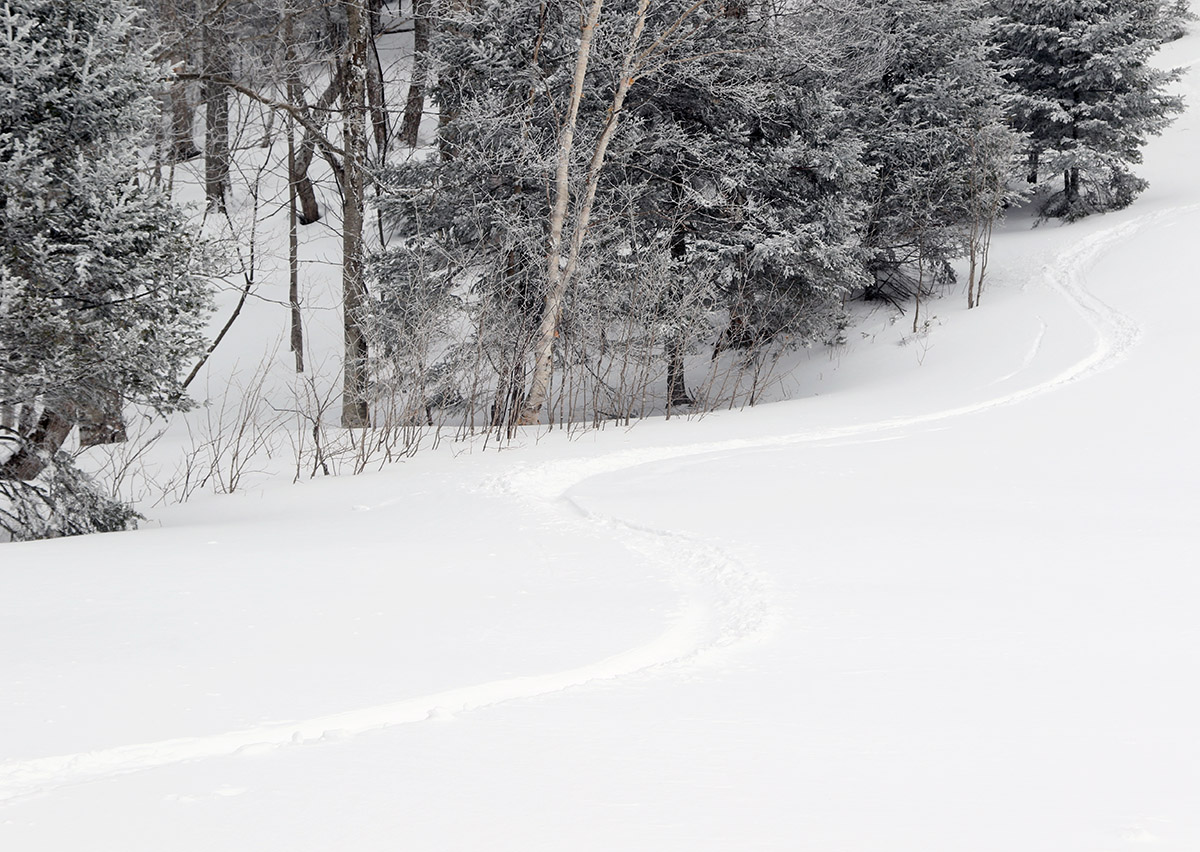 Seeing Scott Braaten’s nice powder shots from Stowe and catching Bolton’s report of 4-6” in the past 48 hours was definitely enough to convince me to head out for some turns today.  And of course, watching it snow huge flakes down at the house and on the Bolton Valley Webcam reinforced that sentiment.

I wanted to head up before that colder air was supposed to move in later in the afternoon, so I hit the mountain in the late morning.  With those strong winds blowing from the northwest, it wasn’t at all surprising to see in the snow report that the Vista Quad and Wilderness Double, being the highest elevation lifts, were on wind hold.  With that in mind, I decided to make it a hybrid outing of both riding the lifts and skinning to get efficient access to the fresh powder.  The Mid Mountain Chair was running, so I ended up using that for a quick elevation assist over to the Wilderness area.  I followed some folks that were using a nifty access route around the mid-mountain snowmaking pond to get to Wilderness. 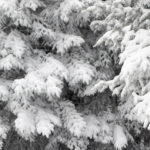 I generally found powder depths topping out around 6” just like the snow report indicated, aside from wind scoured or drifted areas, or trails that had been groomed during the storm.  Low angle terrain on fat boards was what I’d been planning to hit, and that definitely delivered.  The lift assist from the Mid Mountain Chair was just right for cycling the bottom half of the Wilderness terrain, which had the kind of pitch this snow called for.  Anything with moderate pitch or above was just too steep for the available snow, and you’d be hitting the scratchy subsurface unless you were in a drifted area.

The BTV NWS forecast discussion said that the precipitation would be somewhat cellular during the day, and indeed that’s just what I experienced out on the mountain.  At times it would be whiteout conditions with near-zero visibility, and at other times that snowfall would wane and it would almost look like the sun wanted to break through.  Temperatures started out in the 20s F, but were down into the teens F by the time I was leaving, so that colder air was moving in as scheduled.