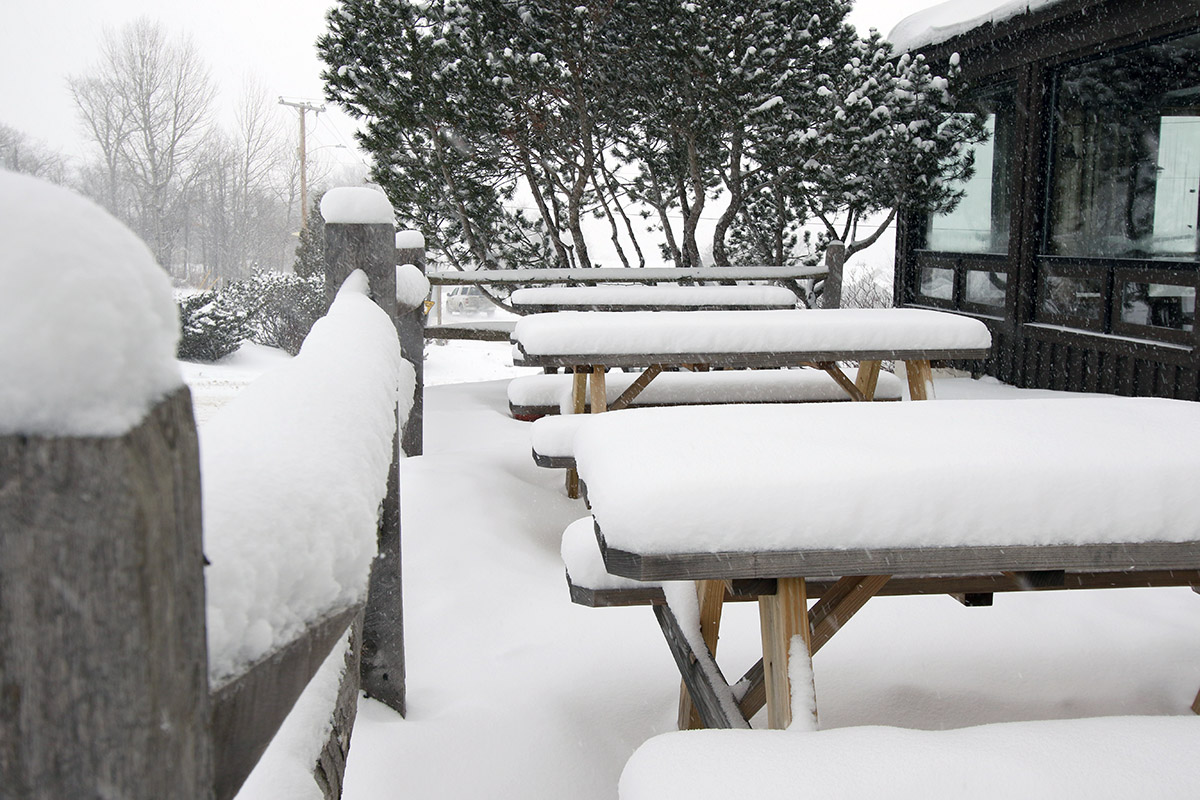 I haven’t been up to the hill since last week as I’ve been waiting for conditions to pick up, but Bolton’s morning snow report indicated 3-4” in the past 24 hours, and that seemed like enough to head up for a ski tour to check out the new snow.

Since yesterday’s snow was feather-light with ratios in the 60 to 1 range based on my analyses down here at our site, I was wasn’t expecting it to contribute much in terms of building up the powder depths.  I’m sure the depths I found today were bolstered by some of the additional smaller events we’ve seen in the past week, but whatever the case, the combination of those events, yesterday’s snow, and now the addition from Winter Storm Garrett has been substantial.  Right off the bat I was finding 4-5” of surface snow at 2,000’ and up at 3,000’ it was 6-7”.  The powder wasn’t just fluff either – there was a good deal of substance to it and a great right-side-up gradient with the current upslope snow falling.  I was on midfats today, and powder turns were easily bottomless on low and moderate angle terrain that was untracked/unscoured.  This past week, and especially these past couple of storms, have been an absolute game-changer for the Wilderness terrain up at the resort.

“Right off the bat I was finding 4-5” of surface snow at 2,000’ and up at 3,000’ it was 6-7”. The powder wasn’t just fluff either – there was a good deal of substance to it and a great right-side-up gradient with the current upslope snow falling.”

The skiing was nice enough that I decided to stick around to check out the lift-served terrain as well.  The past week and the most recent couple of storms have made a difference there too, because they’ve now opened some natural snow terrain, and people are definitely skiing the trees and glades on the lower mountain.  I didn’t notice a huge improvement in the quality of the on-piste skiing that I sampled; it was fine, but these recent storms just haven’t delivered enough liquid equivalent to provide a real resurfacing for lift-served levels of skier traffic.

There was more good news in terms of the current weather, because there was plenty of snow coming down while I was there.  At 2,000’ the snowfall rate was moderate, and it was definitely heavy when I was up around 3,000’ on the Wilderness Summit.  Snowfall rates above 2,000’ were notably heavier than what we’ve had down here at the house, and if it keeps up like that for a bit this evening, conditions should move even another notch up tomorrow.