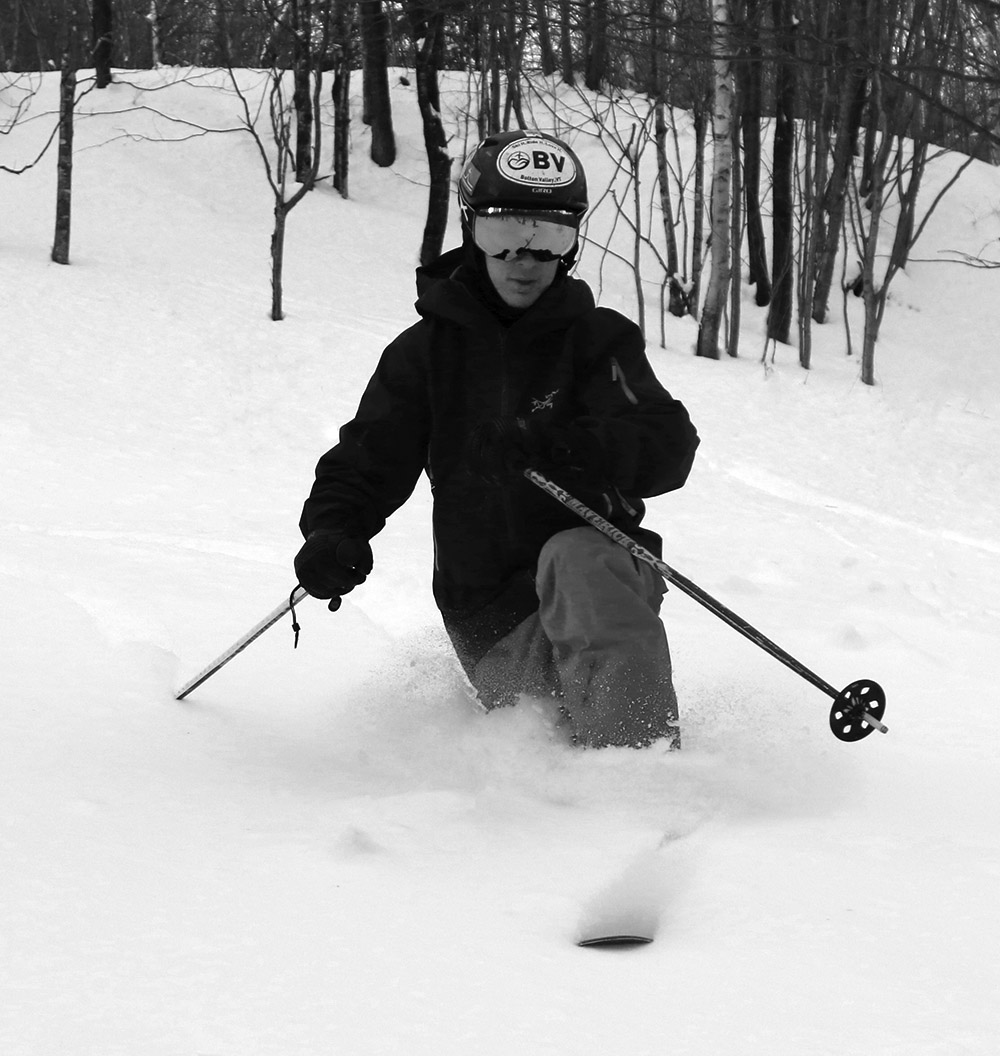 Today is Ty’s birthday, and the whole family was around with time to do something together.  Ty’s broken collarbone has healed to the point where he doesn’t have to wear a sling, and light activities that don’t put stress on it are fine.  On Sunday, Ty and E and I went for a snowshoe tour on the Bolton Valley Nordic & Backcountry Network, and after some discussion today, we decided that some ski touring on mellow terrain would be fine.

A nice, gently-sloped section of Bolton’s Nordic and Backcountry Network is the part where the Catamount Trail heads upward to Caribou’s Corner from the parking area at ~1,200’ on the Bolton Valley Access Road.  We’ve been on this part of the network a couple of times, and  E and I visited this section last February as part of a tour up to the Buchanan Shelter.  The approach trails up to Caribou’s Corner have just enough pitch to cruise along and make some powder turns on fat skis, and you can detour off the sides of the main descent at areas like the Bolton Lodge for terrain that’s a bit steeper.

D is still trying to find some new Telemark boots that fit better, so he just hiked in with his snowboard – most of the approach is either road, or packed trails, so it didn’t turn out to be a problem.  Ty did give D a ride on the backs of his skis at times, which was sort of neat.  Ty said it was a lot of work, but D could help out the process a lot by using his poles.

I’d found total snowpack depths of ~18” at the 1,500’ elevation when I toured in the Timberline area on Tuesday, and even starting down at an elevation of 1,200’ today there were no major issues with the base.  The powder out there in the backcountry is still in excellent shape – depth checks I did today in the 1,200’ – 1,700’ elevation range revealed powder depths of 12-13”.  That’s actually a bit deep for some of the lower angle spots on today’s tour, but the descent was still nice.  We also hit some of those slightly steeper shots around the Bolton Lodge, and those pitches offered up some great powder turns.