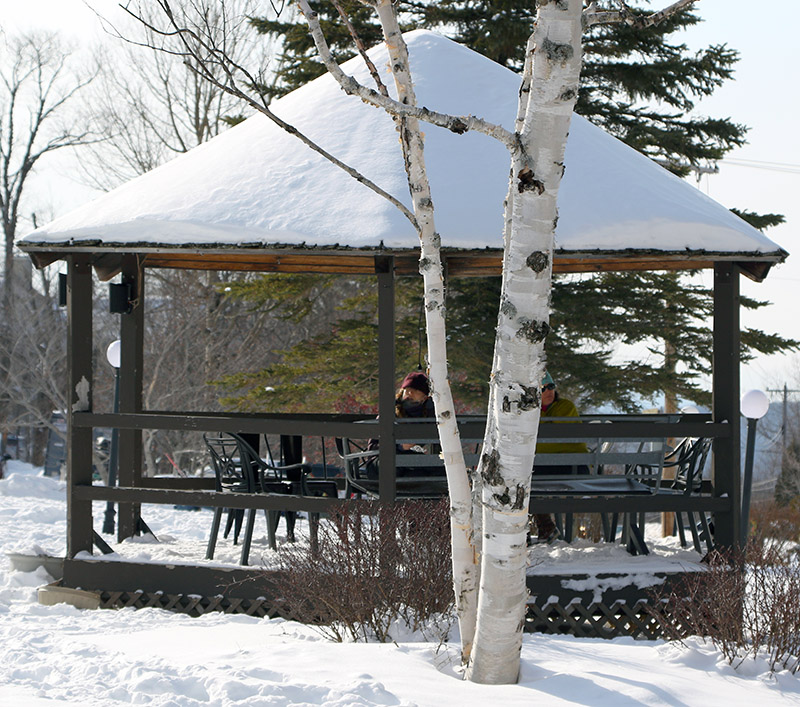 Stephen and Johannes had planned to head up to Bolton Valley for some skiing today to take advantage of the opening weekend of the Wilderness Chair, and I headed up in the late morning to hopefully catch up with them and get in some rides the Wilderness Chair myself.  Temperatures were up into the teens F today, so a bit warmer than yesterday, and riding the lift was reasonably comfortable.

Stephen saw me in my car as I was arriving, and unfortunately they were just heading home because Stephen’s heel was bothering him a bit, but I got some solo runs and did some exploring.  For the terrain above the Wilderness Mid Station, only the Peggy Dow’s side is open.  The conditions weren’t bad, although the usual wind scoured areas were slick.  Below the mid-station was where I found the best conditions, with nice soft surfaces on piste and powder depths of about a foot, similar to what we encountered yesterday.  The Wilderness Woods were in nice shape, as was the Wilderness Lift Line, and for untracked powder, I enjoyed some nice variations in the Snow Hole and Branches area.