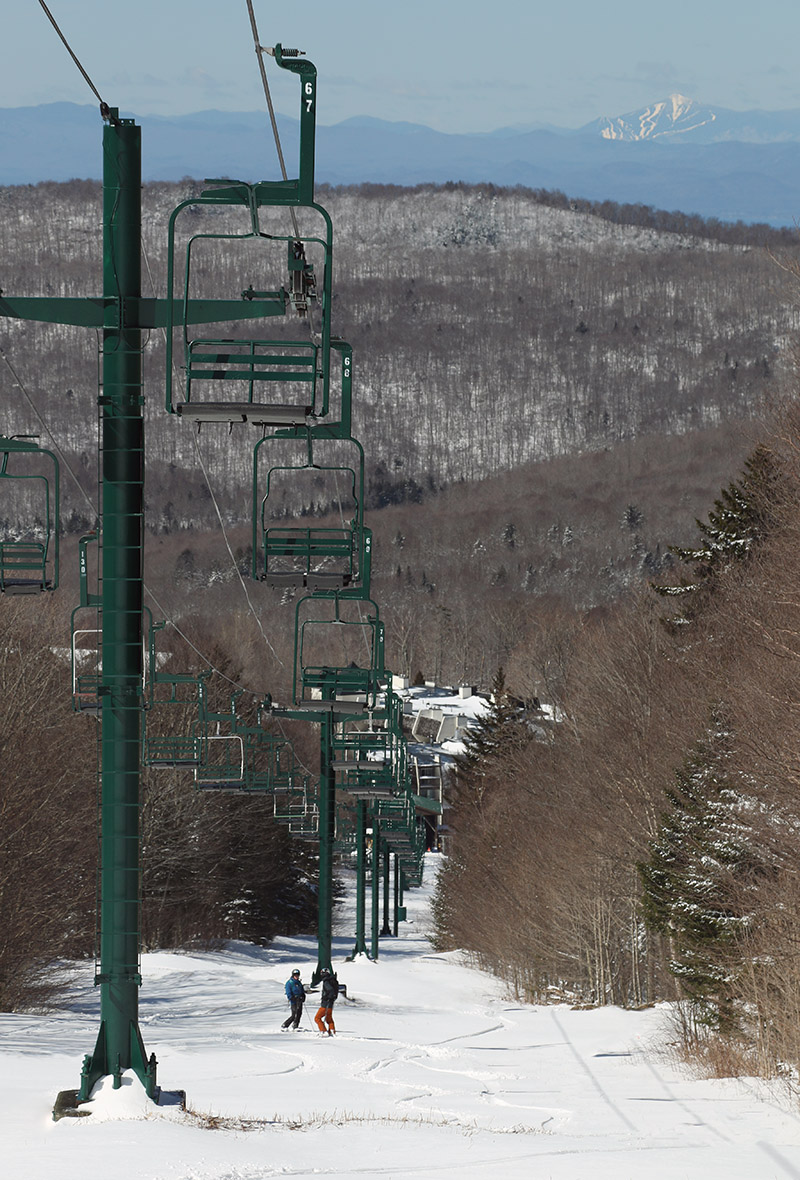 With the snow from this latest storm, E and I headed up to Bolton for a session today with Ty, who’s back from school on spring break.  We got to the mountain reasonably early, with some concern about how the powder was going to hold up as the day warmed, but even as of midday that wasn’t a concern at elevation.  It was probably in the 20s F when we arrived, and combined with the breeze, it was chilly.  It was excellent touring weather, and the powder stayed cold and dry.  Even at midday, the higher elevation snow was dry, although snow in the mid to lower elevations in directly sunlight was starting to be affected by the sun. 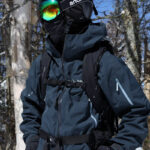 The mountain was reporting 4 inches of new snow, but I’d say that was a fairly conservative report – I was finding 5-6” new at the 2,000’ elevation, and as much as 8” up above 3,000’.  We started our session with a tour at Wilderness up to ~2,800’ or so.  Wilderness is 100% natural snow, so the decent amount of base in many spots was impressive, but the usual windswept or sunny spots were lean on coverage.  Those areas of lean coverage were fine for grassy and/or low angle slopes, but you wouldn’t have wanted to tackle anything steep that didn’t have existing base.

I’d say the very best snow we encountered yesterday was on Alta Vista – the ridgeline and skier’s right of the headwall were windswept as usual, but the protected left side of the headwall held some nice, semi-packed snow.  Below that though was the real gold mine.  They had groomed the skier’s left of the trail, but the skier’s right held about 8 inches of chowder that was mostly bottomless, and we couldn’t believe how good the skiing was there.  We were wishing they hadn’t groomed anywhere if it could have meant the snow would have been like that.  The Vista Quad was on wind hold until about midday though, so we were up on Alta Vista not too long after the lift started running, and I think that helped set up the incredible snow quality there.

It was great to catch a day of skiing with Ty while he was back.  Although he’s got plenty of breaks between Thanksgiving, the long holiday break, sinter break, and spring break, you still never know when schedules and good snow might line up.  Ty said today was probably his best Telemark day ever in terms of comfort level and confidence with his turns, so that was exciting to hear.  He’s still learning and improving, even at this age.  He also finally got to visit the Miso Toh Kome stand for the first time, and he’s a total sushi fiend, so he loved it.  I’ve been sending him pictures every time I’ve gotten food from there over the past few weeks to build it up… and maybe give him a bit of a hard time about missing out as well!