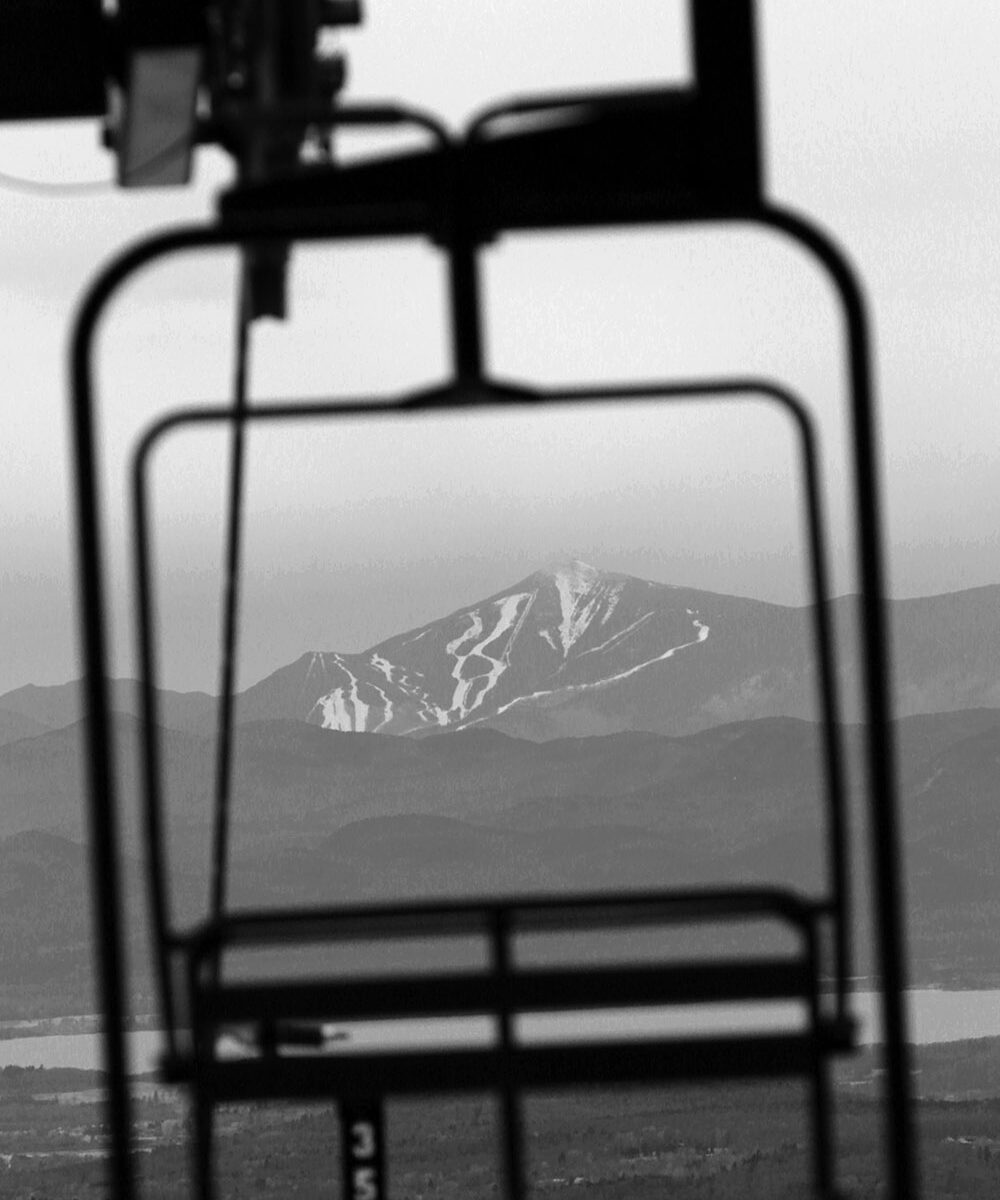 After skiing yesterday’s fresh powder out on the hill, I hadn’t really planned to ski today, since the forecast called for gray skies and temperatures heading above the freezing mark.  We were thinking we might have left one of our water bottles up around 2,800’ on Wilderness during yesterday’s ski tour though, so that was incentive enough to get me out for another go.  If in doubt, it’s generally good to get out and get some exercise anyway.

I made my way up to Bolton Valley around midday, and whereas temperatures yesterday were in the upper 20s F when we’d arrived, today they were in the upper 30s F.  Some of the new Friday/Saturday snow had definitely melted back, and that effect decreased with increasing elevation, but the freezing line was still somewhere above the 3,000’ mark.  So, I never encountered any snow yesterday that had been fully preserved below freezing.  With that said, the snow skied really well.  On the upper mountain, the new snow had seen little settling, and untracked areas skied like dense powder vs. any sort of mush.  At all elevations, even where the snow was transitioning due to the above freezing temperatures, it seemed to be doing it in a subtle way.  It wasn’t sticky, just dense, and perhaps that slow change was due to the cold overnight temperatures and the overcast keeping away dramatic warming from direct sunlight.  In thinner areas where the new snow had melted back, the skiing typically transitioned right to the underlying corn snow, and that skied really well.  It was sort of strange to move from areas of dense powder skiing, right to spring corn snow, but somehow it worked.

In any event, the water bottle ended up being right where we thought it was, so that part of the tour was quite successful!  I of course used the opportunity of being up at the resort to grab another Spicy Tuna onigiri from the Miso Toh Kome stand, and I brought some onigiri home for the boys as well.