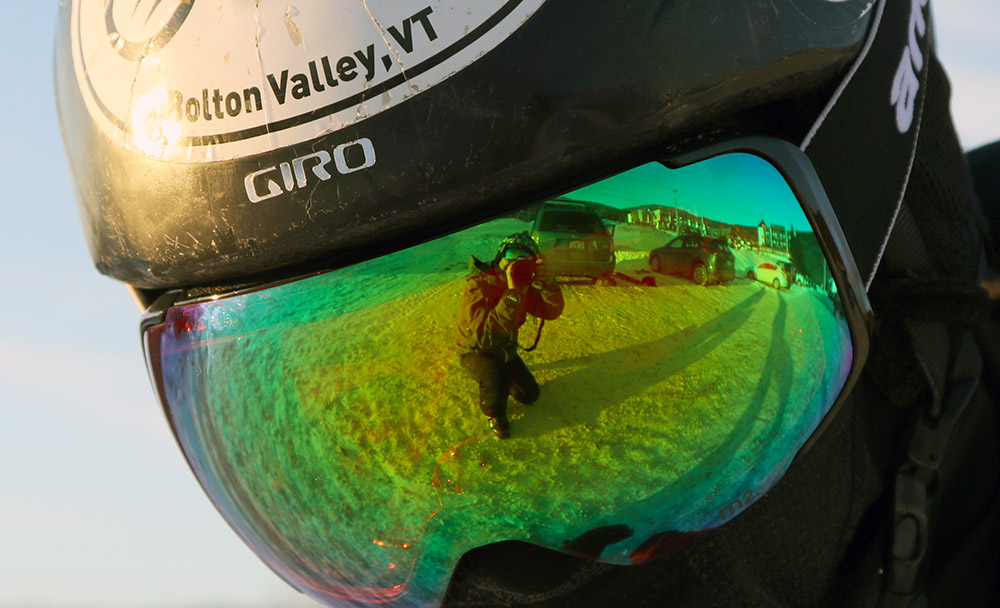 The weather has been a real roller coaster ride over the past two to three weeks.  We were in the deep freeze over the holiday week and the first week of January, so while the snow quality was great, air temperatures and wind chill values just didn’t make for comfortable skiing.  Winter Storm Grayson hit the area in the January 4th through 6th timeframe and dropped roughly 10 inches of snow here at the house, but the temperatures that followed were still too frigid to make great use of all the snow.  Temperatures finally moderated this past week in association with Winter Storm Hunter, but the early part of the storm brought a mix of precipitation, so the skiing wasn’t great at that point.  Frigid air once again came in right after that storm, but mountain temperatures finally moderated into the teens today, so Ty and I made a quick trip up to Bolton Valley in the afternoon to check out the ski conditions. 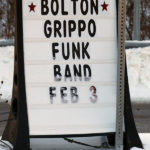 Bolton picked up about 5 inches of dense snow on the back side of Winter Storm Hunter, and that actually did a pretty decent job of resurfacing the slopes, but the snow and sleet were still dense enough that the resort wasn’t comfortable opening ungroomed terrain.  From the Vista Summit, Ty and I tried out Alta Vista, which of course was fairly scratchy in its steep upper section being the end of the ski day, but the snow that had accumulated on skier’s left from traffic was quite nice.  We actually helped a gentleman who was in well over his head and stepping down that first steep section of the trail.  Although Alta Vista is listed as an intermediate trail, that first section is clearly a black diamond pitch, and even more challenging than that when it’s been scraped down after a day’s worth of skier traffic.  We ventured off into the lower part of the Vista Glades, and low to moderate angle terrain that was untracked was really quite smooth.  In general the off piste turns were beautiful with that dense covering of a couple of inches, as long as the pitch didn’t get too steep.  We considered heading over to check out the lower parts of Wilderness, which are loaded with that sort of terrain, but just didn’t have enough time before the lifts closed.  All in all though, if you didn’t get out this weekend, you weren’t really missing anything too spectacular – conditions are well below average.  Temperatures are remaining nice and wintry, so freshly groomed terrain I’m sure is making for some fantastic carves, but we’ll need another nice shot of snow to get the off piste back in prime form.

“Any of the Anon MFI System equipment has magnets in it that automatically link to the bottom of the goggles and makes a perfect seal.”

One extra fun aspect of today was that Ty finally got to try out the combination of his Anon M2 Goggles and Anon MFI Tech Balaclava that he got for Christmas.  For those unfamiliar with the goggles in this system, a unique aspect is that the lenses are held in with magnets.  So, you can pop them out with a quick pinch of the frame and change them in seconds, but the magnets are quite strong, so the lenses never pop out unless you want them to.  Another part of the system that is ridiculously slick and ingenious is the balaclava.  You know that gap you always have between the bottom of your goggles and your balaclava or neck warmer?  Well, you don’t have it with this system, thanks to more magnets.  Any of the Anon MFI System equipment has magnets in it that automatically link to the bottom of the goggles and makes a perfect seal.  Ty had been asking for a balaclava will full face coverage, so this system was literally perfect for him.  Today’s benign, but reasonably cold conditions were a great chance for him to test out the system to see how it performed for him, and he loved it.  Hopefully it will serve him just as well on his next chilly, storm day.  And hopefully, we’ll get the weather to stabilize into a more typical pattern and have some of those days soon!