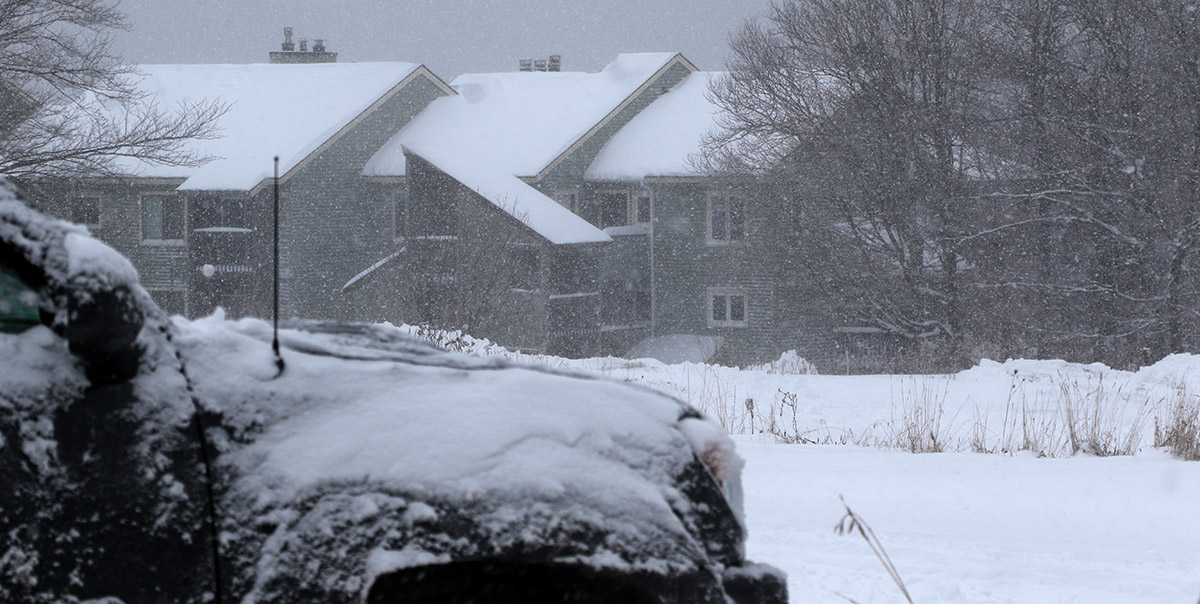 For several days the weather modeling has suggested an early winter storm would be affecting the area after Thanksgiving, and indeed it really began to ramp up the snowfall yesterday.  The ski area webcams were suggesting some nice accumulations at elevation, so I headed up to Bolton this morning for a bit of ski touring.

In terms of snow accumulations, what I found is definitely more than what they’ve got in their snow report (5-8”), but they did indicate they had trouble with blowing at their stake.  It’s possible my measurements were getting down into existing snowpack, but it seems like that should have been consolidated from recent temperatures.  The backside upslope snow was also coming down while I was out there today, so that likely added a bit to the totals:

Like what we picked up down at the house, the snow I found at the mountain was generally dense, and it put down a substantial addition to the base on the slopes.  We picked up over an inch of liquid at our site in the valley from this storm, and I’d say the slopes of Bolton easily picked that up as well.  It feels like there’s at least an inch of L.E. at the base elevations, and probably something like two inches of L.E. up high.  Some of the higher elevation snowpack could have come from previous events, but in any case, that’s a substantial amount of L.E. in place.

There were a couple inches of drier upslope snow to finish off this storm cycle, but the bulk of it was that denser snow, and that’s definitely what set the tenor of the skiing.  There were no concerns about hitting anything under the snow on trails without any overt obstacles like large rocks, and any terrain that was smooth up to the level of single black diamond pitch was fine to ski unless it was wind scoured.  In fact, the snow was too dense for skiing any low angle terrain, so you really had to be on moderate to steep terrain or you would be bogged down and just have to straight-line to maintain speed.  Skiing on terrain with the right pitch was quite good though, and you could carve right into the powder and just let the skis surf.