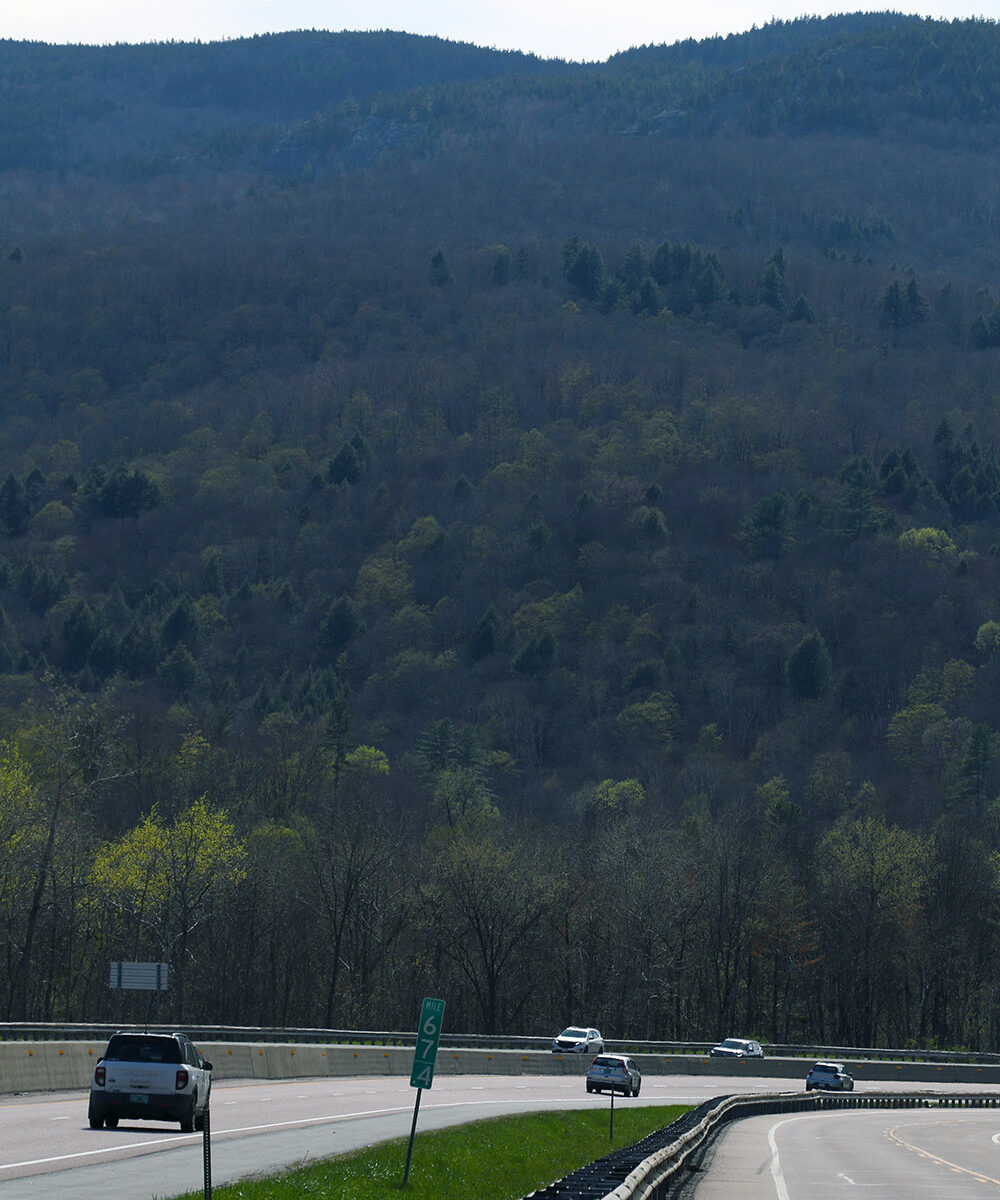 Today I headed to Bolton for turns, since it might be the last weekend for practical/productive touring there.  Based on what I saw on my last Bolton outing a couple weeks ago, I figured the lower mountain would be discontinuous at this point, but the amount of snow on Spillway was obviously going to last a while.  I decided to hike today vs. skinning, and I think that was the right call.  The bottom half of the mountain has some decent areas of snow, but it’s discontinuous enough with plenty of dry ground for walking, such that hiking is the more practical option.  Above Mid Mountain, one could skin up Spillway, but that’s really steep, and they’ve plowed Sherman’s Pass most of the way to the Vista Summit, so I used that for a lot of my ascent today.

The snow on Spillway is still continuous, and it was skiing great.  There must have been some productive freeze/thaw cycles recently, because it was the best corn snow I’ve skied during this April/May period.  Spillway is quite steep, so you get some of those nice fall-way turns, which are so much fun in good snow.  At Mid Mountain on my way up I met a couple that was on their way down.  They said that “Spillway was about as frosty as it’s been in a while”, and they weren’t kidding.

It’s fun traveling around the area right now and taking in the views as spring begins to make its presence known.  You can see that greenery is appearing in the lower mountain valleys, and it’s just starting to make its slow creep up the mountainsides. 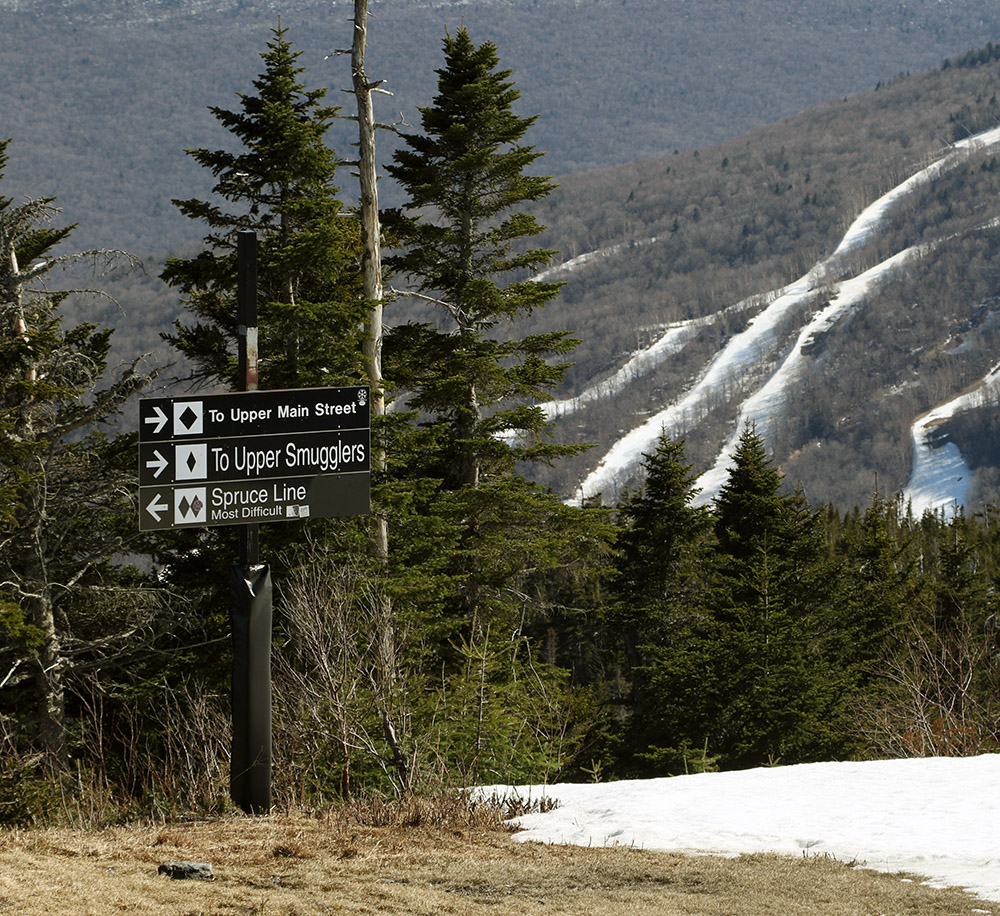 While Friday turned out to be a bit too cool and breezy to really soften up the slopes around here, and yesterday didn’t seem much better, today saw more warmth and sunshine as the forecast had suggested.  Mother Nature really wasn’t messing around, with temperatures moving up into the 60s F, a cloudless sky, and the disappearance of those persistent winds.

There was no question about whether or not the snow was going to soften up today, so I decided to head to Stowe for some afternoon turns.  I hadn’t been to the general Stowe area in a while, but the usual views of Mansfield started to appear as I headed through Waterbury Center, and the alpine terrain was certainly lit up in the May sunshine.

I’d hoped that the south-facing terrain of Spruce Peak still had enough coverage to provide some nice uninterrupted turns, and indeed as I approached the resort I could see that the Main Street area and surrounding trails still had nearly continuous snow down the base of the Sensation Quad.

With the route I took on the lower part of the mountain, I ended up hiking about 1/3 of the ascent, and then skinning the final 2/3.  I was initially questioning my decision to bring skins as I navigated the lower slopes, but once I hit the point where I started skinning, it was definitely the right choice in terms of efficiency; the upper slopes of Main Street have so much snow that it would take more effort to find dry areas for easier hiking.

In terms of the skiing, it was far superior to what I had experienced on Friday.  The warmth and sun took care of getting the spring snow into something that was definitely worthy of turns.  It wasn’t perfect, because there were still some sticky areas from recent snows on terrain that hadn’t seen the sun and/or skier traffic, but those were generally avoidable by skiing the sunnier sides of the trails.

With such a gorgeous day, I was surprised that I didn’t see a single other skier out there during my entire tour on Spruce.  I did see two other cars when I first arrived at the MMSC Clubhouse parking lot, but they were just hikers.  I saw them finishing up their hikes while I was ascending, and the entire parking lot was empty when I got back to my car.  Everyone must have been skiing over at Mansfield!