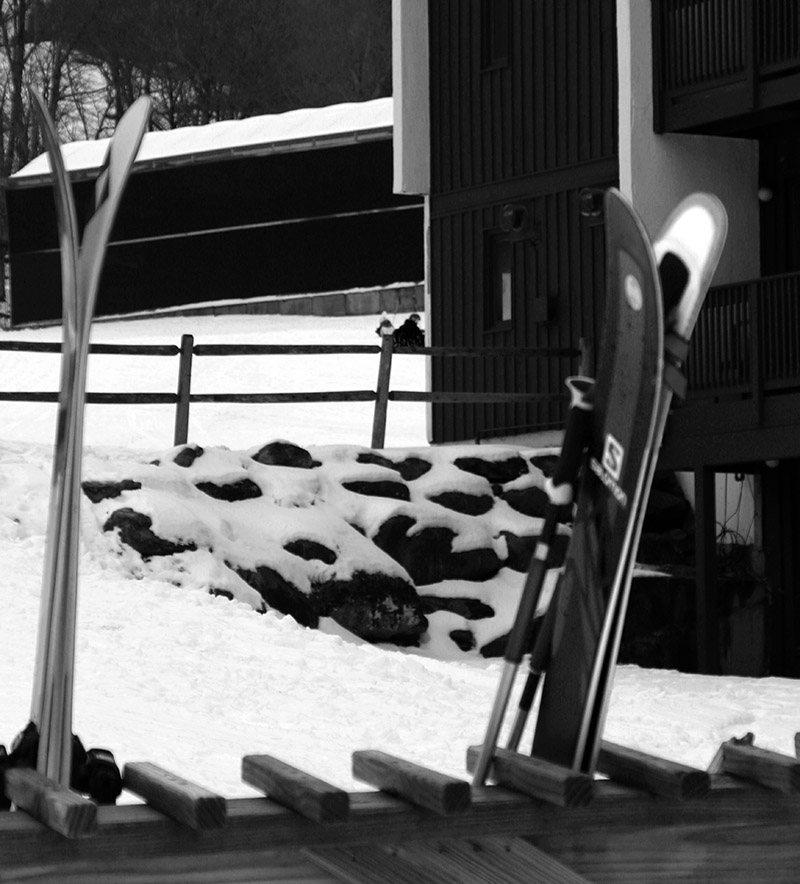 The midweek system that brought nearly a foot of snow to the mountains had produced some excellent turns on Thursday, so I decided to head back up to the mountain today with E for a quick tour in the Wilderness area.  Warmer weather is expected to move into the area over the next couple of days, so this morning seemed like the best time to get in on the remaining powder before it consolidated too much.

Being a weekend, there were a good number of people out on the hill, and we saw several groups using the Wilderness skin track and enjoying the nice weather.  We toured up to around the Cougar area, and enjoyed a nice descent on Lower Turnpike.  Much of the trail was skier-packed snow after a couple days of ski traffic, but it was a really nice packed surface with soft snow and temperatures in the lower 30s F.  There was even powder remaining around on the sides of the trail that I was able to hop into for some floaty turns.  The power was getting a little thick with warming temperatures, but it was definitely serviceable.  There were certainly a few thin spots here and there, and one had to pick their spots for traversing the water bars, but obstacles were minimal enough that avoiding them could easily be worked into the flow of your turns for an enjoyable down mountain ride.