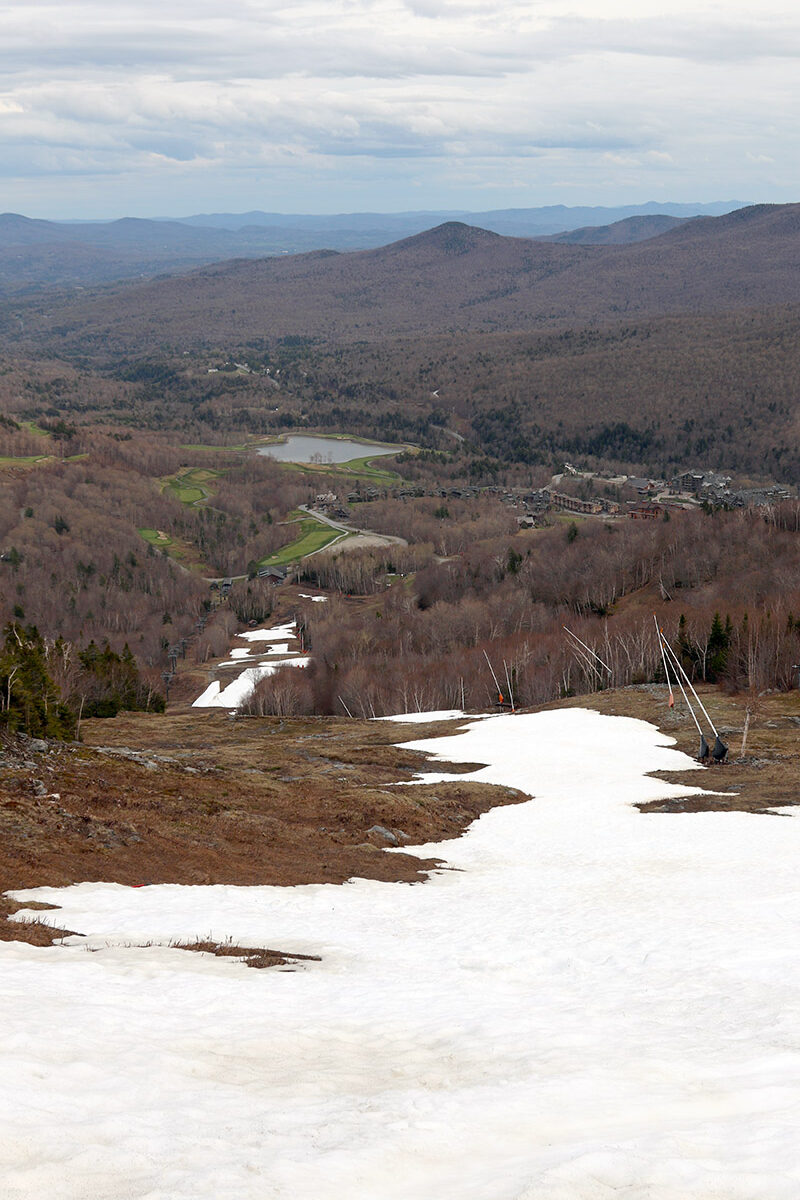 I haven’t been following the state of the snowpack at Stowe too closely over the past couple of weeks, but Powderfreak’s recent post on American Weather forum definitely provided a nice look at some of the snow on the slopes of Spruce Peak.  I probably wouldn’t have even had Spruce Peak in the mix of top spots to head for turns if I hadn’t seen how much snow was still there, but it was obvious from the post that there was plenty.

Today I had time to get out for exercise, so I chose to enjoy a hike and ski in the Main Street area.  The snowpack is certainly not continuous top-to-bottom of course, but there’s several hundred vertical feet worth of nice turns with deep base as Powderfreak’s image showed.  The snowpack there is starting to get a bit sun cupped, but it’s nothing that really hurts the experience yet at this point, unless perhaps you were to stray the extreme edges where the snow has taken a bigger hit and there’s been no skier traffic.

Even if natural snowpack on Mansfield is still below average for this time of year, I have to think the coverage there on south-facing Spruce had got be at least typical for this far into May.  From the view across the resort, I could see that the usual spots like Nosedive and some of those areas around the Mountain Triple still have some decent coverage, so it would be fun to mix it up with something over there next.  That Main Street snow has some very deep areas, but it’s just getting a bit too broken up into segments that one eventually has to make the call to go with something with a bit more continuity for efficiency and longer flow of turns on the descent.

It is always fun this time of year getting to see which parts of the resort are holding the snow best for those late season turns.  It’s different each season depending on the combination of where Mother Nature deposited snow and where the guns were blowing when temperatures were optimal as has been noted in some of Powderfreak’s comments in ski-related discussions at American Weather.