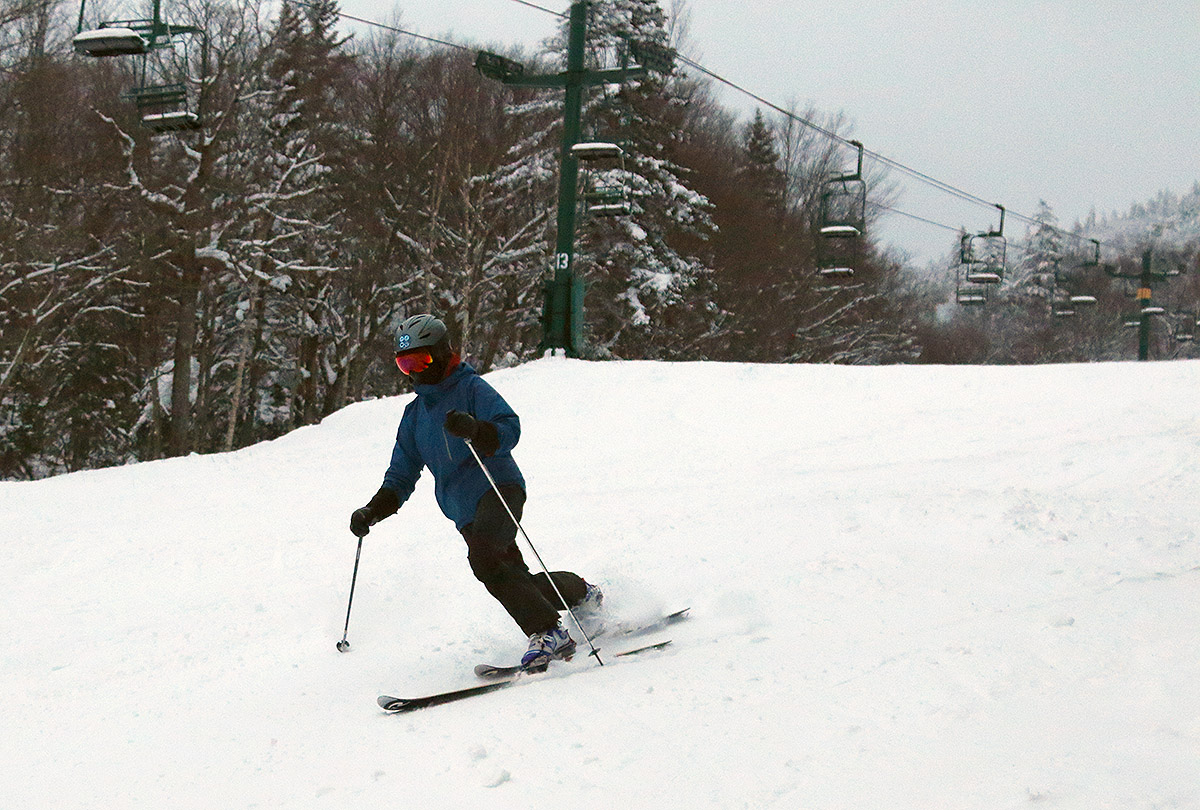 Today we decided to do some lift-served skiing for a change of pace, and E joined Ty and I for some Tele runs in the afternoon.  Bolton has opened a number of additional trails due to all the recent snow, but the main route off the Vista Summit is still Sherman’s Pass, and we started with that since we wanted to warm up with some mellow terrain.  The manmade snow on Sherman’s was pretty typical and firm, but we did venture over toward the lower slopes of Wilderness to check out the natural snow options.  There was plenty of coverage since those lower slopes of Wilderness are only up to moderate angle, and the quality difference in the snow was night and day.  At Wilderness you had nice chalky snow where it was skier packed, and powder off to the edges – it was soft and quiet snow, and unlike the terrain with manmade snow, you could really sink your edges in easily.  That was unquestionably what kept us coming back for more, and if we could have gotten to that terrain more easily by just riding the Mid Mountain Chair instead of the Vista Quad, we certainly would have done it.

Ty was extremely excited about his Telemark turns today, and he really felt that he was getting them dialed in.  He talked a lot about the nuances of technique with E and I after the session.  One of the comments I made was that this fairly concentrated period we’ve just had in which he’s had several outings on his Telemark skis has been really good for his development.  We’ve often seen with students that getting in more back-to-back ski days vs. having them more spread out can really assist in improving their skills, and I think that was the case here.  The great snow we’ve had in the backcountry and on piste has helped in that regard as well, since he’s had the confidence to work on his turns without worrying about much else getting in the way.