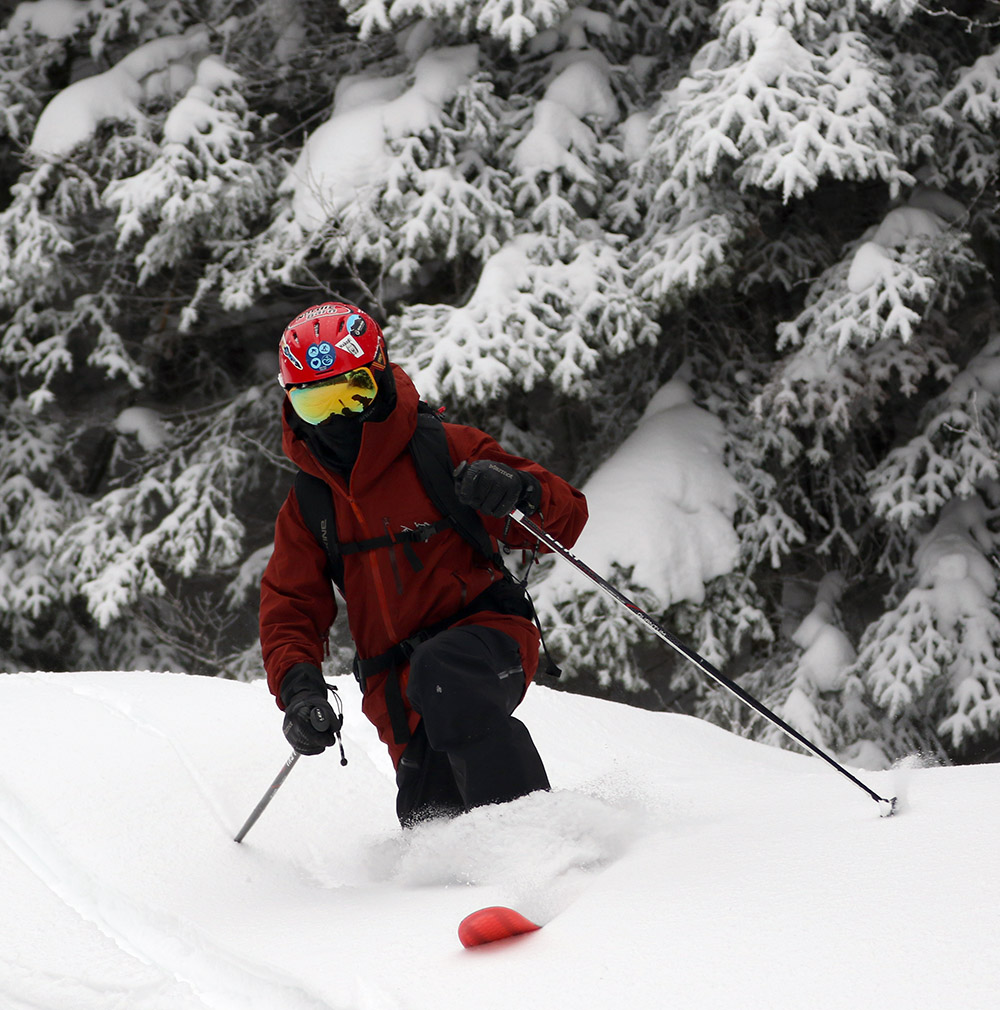 Yesterday delivered some decent lift-served turns, as well as a quick Wilderness tour with some powder, so today I headed back up to the mountain for a ski tour with Dylan.  With more time than I’d had yesterday afternoon, we went a bit farther afield in the Wilderness area in search of untracked powder.  The untouched snow was definitely harder to come by this afternoon, because there has been heavy ski touring traffic this weekend.  The amount of traffic is relative of course, and nothing like you’d get with lift-served skiing, but after an entire holiday weekend worth of people touring, the untracked snow on the trails of Wilderness had been just about picked clean.  One factor in the apparently heavy traffic is that folks aren’t yet using all the acreage of tree skiing; the trees were generally untouched because people know that it’s still just a bit too thin in there for the skiing to be practical.  I saw an occasional track of people who had headed into the trees, but you could tell they weren’t quite ready.  If we get one more good snowstorm with an inch of liquid, then the low-angle trees will be in play.

We picked up some take-out from Fireside Flatbread for the first time this season, and the process is similar to what the resort is doing at the Village Deli and The Mad Taco – they’re not taking orders in person.  In this case it looks like the preferred method is to go through the Toast online ordering service.  I actually found this approach to be quite quick though; I was easily able to put in my order on my phone, and they accept Apple Pay, so all I had to do was authorize that with my fingerprint, and we were good to go!

The weather looks generally quiet this coming week, but by the early to middle part of next week we could get back into a more typical Northern Greens bread-and-butter pattern of modest systems to freshen up the slopes.  We still need a solid synoptic storm with an inch of liquid equivalent (or something similar from a series of smaller systems) to really get the base depths to more respectable levels, but Winter Storm John was a godsend to at least get a bit of base down and have some snow to see us through the next week.