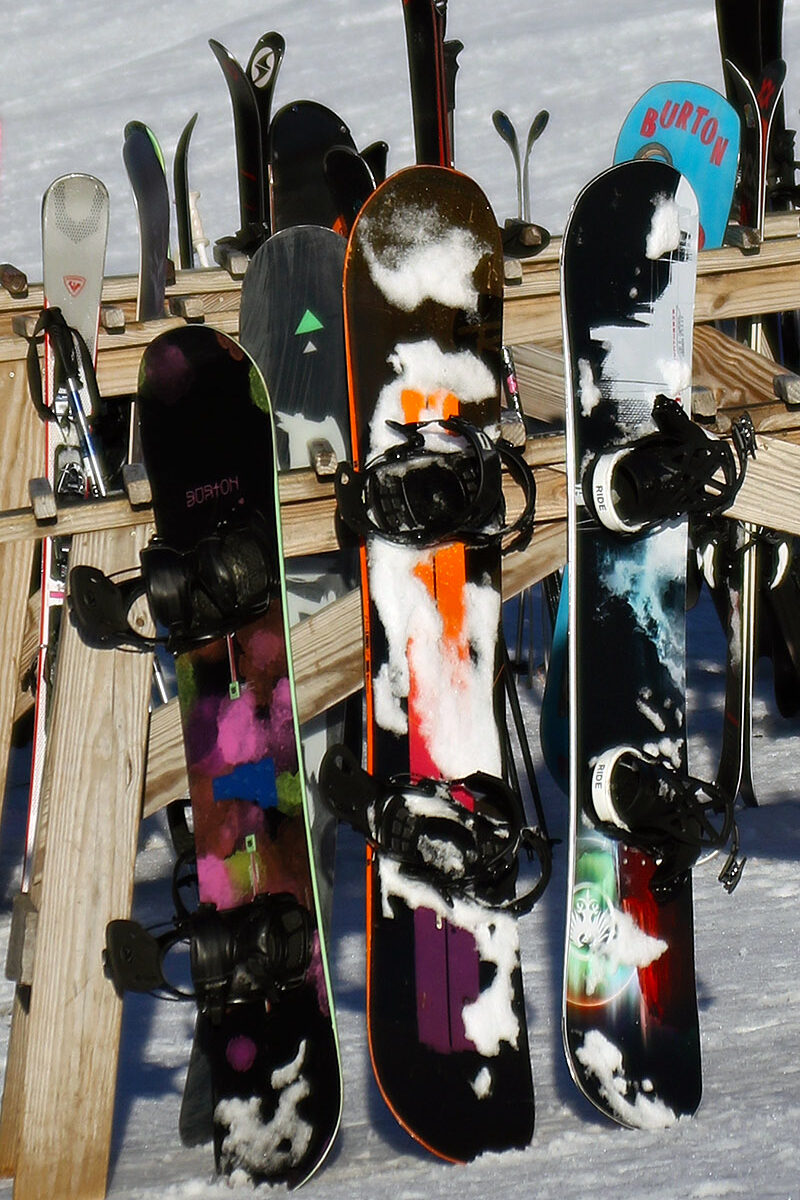 Temperatures were expected to warm above freezing today, so I was thinking of heading up to the mountain in the afternoon to catch some turns in soft snow.  Dylan and his friends headed up to Bolton Valley in the morning, and said that things were indeed softening up by the time they’re returned in the early afternoon.

Since Ty wasn’t working today, he decided to join me for some skiing, and based on the limited terrain that was open, I recommended that he bring his Telemark gear so that he could get in some practice.  With only the Mid Mountain and Snowflake Chairs running along with the Mighty Mite, there were actually some lift queues, but we still had a fun session getting in a few fun runs on the available terrain.  We didn’t encounter much in the way of soft snow though.  I’m not sure if we’d just missed the window of softening, but looking at just how low that sun was with its November sun angle, it made me wonder how much softening could actually occur – even on a sunny day like today.  The only softened snow we actually found was on the south facing terrain near the top of Bear Run.

Ty had a good time working on his Telemark turns, and he commented that what he needed to work on was smoothing out his transitions from one turn to another.  I told him that’s exactly what Mom and I had discovered when we first started Telemark skiing.  The transition from one Telemark stance to the next is much more challenging than a typical alpine turn, because it’s a longer duration, a longer distance, and there’s a lot more body movement to do.  But, once you get a smooth transition down, your Telemark turns can really flow and you can have a lot of fun with it.  It’s still a tremendous workout compared to alpine skiing, and that’s part of the allure if one goal of your outing is to get in some exercise.