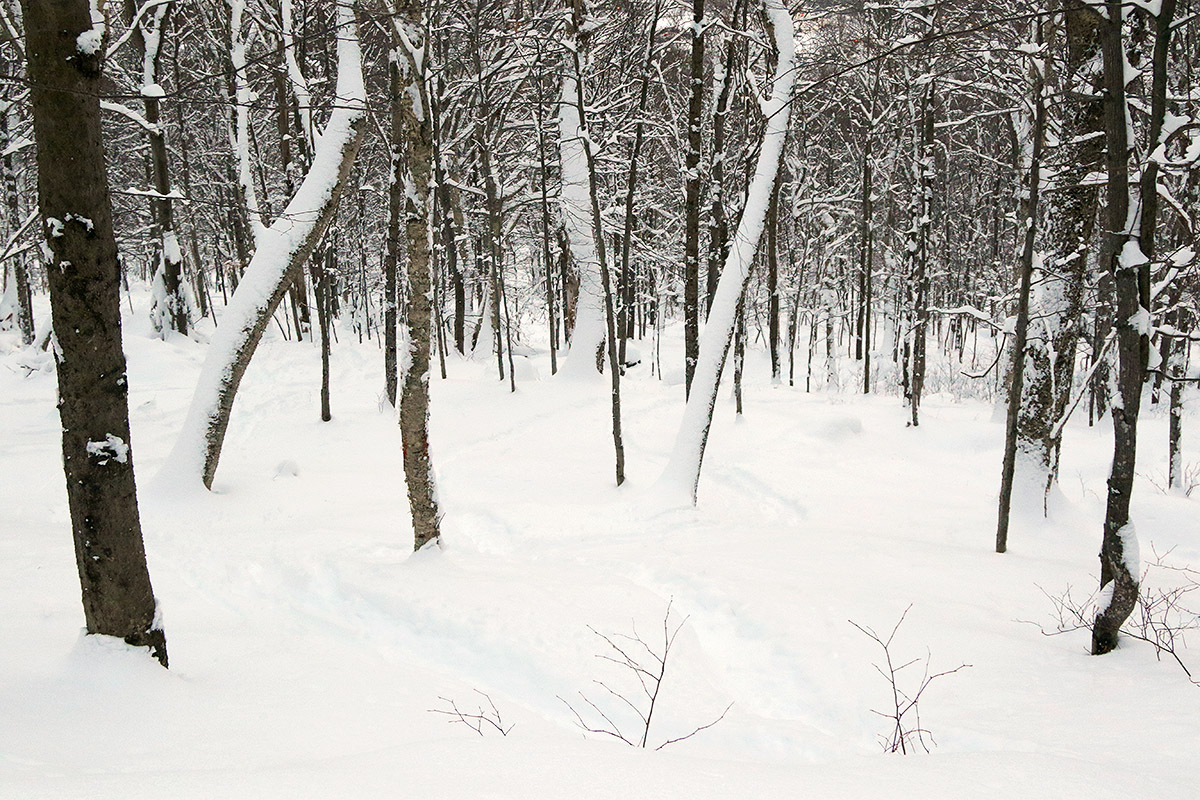 After discovering such impressive snow coverage when touring at Wilderness yesterday, today I actually headed out onto the Bolton Valley Backcountry Network.  Part of the afternoon was spent clearing out a tree that had come down in our yard during Winter Storm Diaz, and after that was done I had just enough time to hit the backcountry network for a quick exploratory tour.  I wasn’t absolutely sure what to expect, but I was going to be touring entirely above 2,000’, and unless the conditions over at Wilderness were a fluke or something due to aspect, the adjoining backcountry was likely in similar shape.  The backcountry snow report didn’t even have any notifications about poor coverage or closures, it just indicated that coverage was variable.

I was still planning to be conservative in my initial explorations, and my time was limited with dusk approaching, so I opted for a quick tour with a descent of the Telemark Practice Slope.  On my ascent though, it was immediately obvious how good the coverage was in the surrounding glades, and with just a few tracks here and there in the relatively deep powder, it was too good to pass up.  I ended up skiing some of the glades to the skier’s right of the Telemark Practice Slope, and they skied beautifully.  I was initially not expecting such a sublime ride, since we’d really needed at least black diamond pitches yesterday to avoid getting bogged down, but there must have been a bit more settling of the snowpack, and the addition of the upslope fluff that’s been falling was really just icing on the cake that added a little cushioning with minimal resistance.  The resulting snowpack came together to provide just the right speed for the glades, and it was obvious at that point that a lot more of the gentle and moderate terrain is going to be in play for some excellent powder turns.